A territory inside a bottle: Prosecco

HomeAdventureA territory inside a bottle: Prosecco 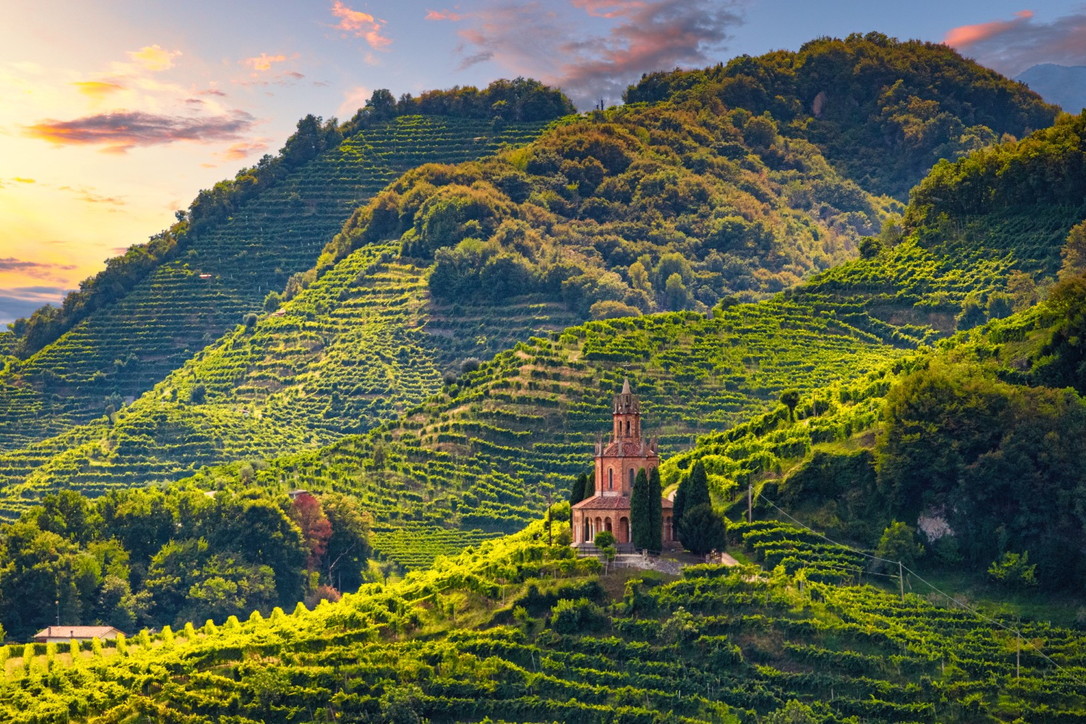 A territory inside a bottle: Prosecco

The quintessential aperitivo choice for most Italians and around the world, Prosecco is a sublime drink that lives as an expression of the territory it stems from. The Prosecco hills, part of the UNESCO World Heritage Site, are nestled between the Prealps and the Piave river, to the northwest of the Veneto region; the area is so rich in dramatic landscapes and sublime vineyards that it has attracted writers and poets across the centuries.

The Strada del Prosecco (Prosecco Wine Road) is the oldest of its kind in Italy – it was established in 1966 – and connects the towns where this delicious wine is produced: Valdobbiadene, Conegliano and Vittorio Veneto are only a few of the pretty towns along the road.

Art lovers may also know Conegliano because of local Renaissance artist Cima da Conegliano and his works depicting scenes from the life of Christ, Madonna and Child or various saints; it is, however, certainly Bacchus enthusiasts who love to explore the area as this is, in fact, where Prosecco Conegliano Valdobbiadene DOCG originates

Let’s join in the fun and raise a glass!

GIVE A REPLY Cancel reply

This site uses cookies. By continuing to browse the site, you are agreeing to our use of cookies.

We may request cookies to be set on your device. We use cookies to let us know when you visit our websites, how you interact with us, to enrich your user experience, and to customize your relationship with our website.

Click on the different category headings to find out more. You can also change some of your preferences. Note that blocking some types of cookies may impact your experience on our websites and the services we are able to offer.
These cookies are strictly necessary to provide you with services available through our website and to use some of its features.

Because these cookies are strictly necessary to deliver the website, you cannot refuse them without impacting how our site functions. You can block or delete them by changing your browser settings and force blocking all cookies on this website.
We also use different external services like Google Webfonts, Google Maps and external Video providers. Since these providers may collect personal data like your IP address we allow you to block them here. Please be aware that this might heavily reduce the functionality and appearance of our site. Changes will take effect once you reload the page.